Grief is NOT just from death and divorce…

There’s actually over 40 different life experiences you can have where you experience grief.

I’m a widow from experience, so I share my personal story a lot.

But I don’t just work with widows.

“I feel like me again. My only regret is not doing this sooner.”

“I had no idea I was still grieving so deeply. Grief had stolen 15 years of my life!”

YOU ARE NOT MEANT TO GRIEVE FOREVER.

No matter who has told you… NO, you are not meant to grieve forever.

Grieving is painful as fuck.

GRIEF AFFECTS YOUR CAPACITY FOR HAPPINESS,

YOUR SENSE OF ALIVENESS, &

YOUR ABILITY TO INTENTIONALLY LIVE!

IT’S NEVER TOO SOON OR TOO LATE TO HEAL.

ONLY YOU know when you’re ready…

Ready to NOT BE CONSUMED by the tired and sad all the time.

“I’m not on edge all the time. Even my husband said, ‘You don’t seem to be as anxious lately’.“

“I feel a sense of closure.“

In a previous life, Kari was a middle school math teacher with her MAED. And then she ran a successful online business teaching video to small business owners. But then one Sunday evening her husband, a high-school football coach, left to go to a meeting. And two-hours later, Kari received a phone call from another coach desperate, “hurry quick, Eric’s not breathing…”

Eric had suffered a massive brain aneurysm with irreversible and instant brain damage.

Eric was 43, Kari was 38, and their girls were 8 and 11. The Driskell Girls were left on an uncertain and scary path. Everything Kari knew and thought she believed was challenged. And nothing that had ever helped her overcome life’s previous obstacles worked for her now broken heart. She was in overwhelming despair and incredibly angry. This wasn’t in her plans… Her husband wasn’t supposed to die! All of her hopes and dreams for the future had been shattered. She didn’t want this life!

Kari took a sabbatical for 3-years to learn to navigate her healing journey, help her grieving children do the same, and figure shit out. But she’s back, even better than ever… even in the absence of her beloved husband. 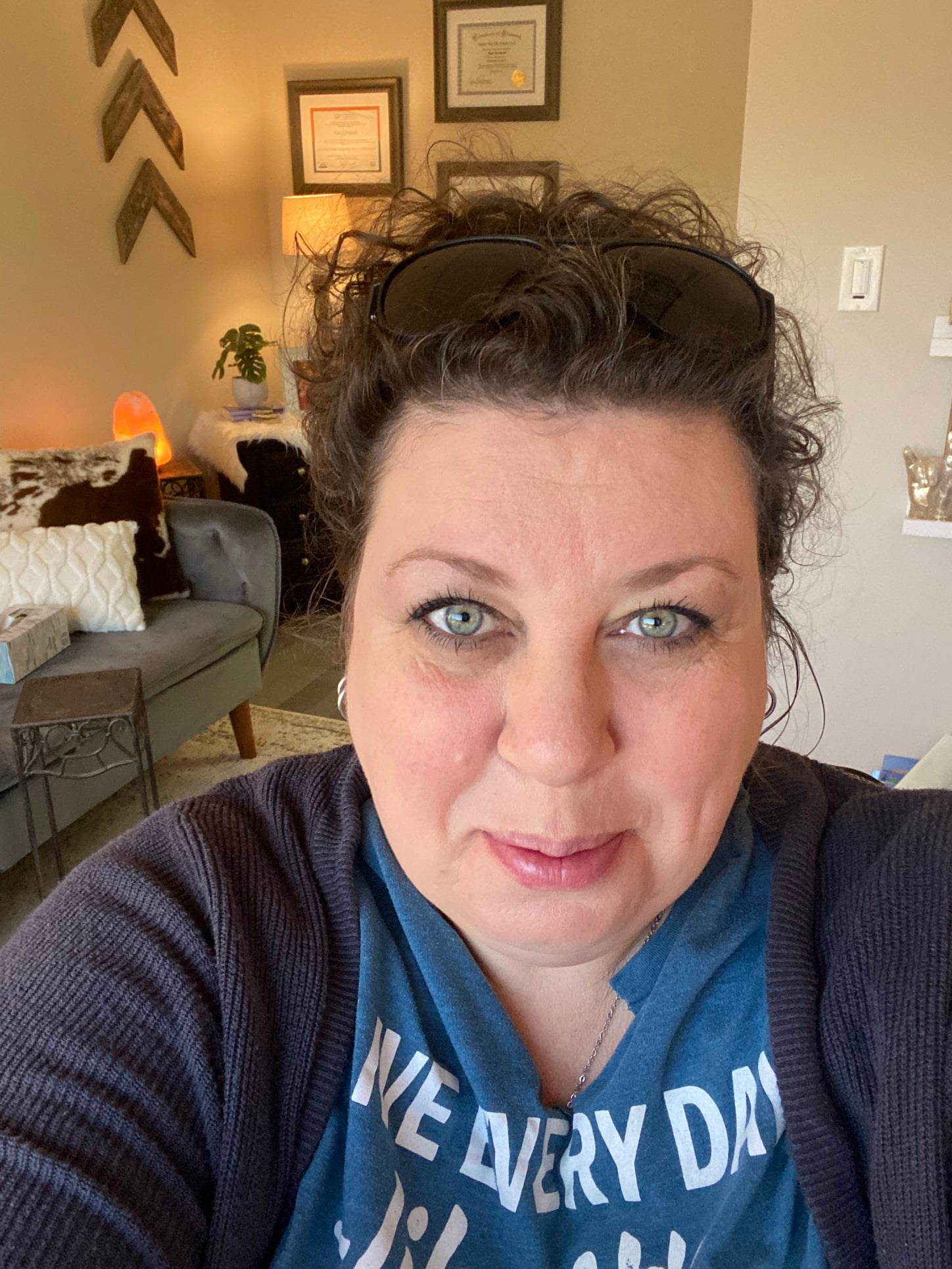 BECAUSE THERE IS HOPE AFTER SIGNIFICANT LOSS.

Kari is a CERTIFIED ADVANCED GRIEF RECOVERY METHOD® SPECIALIST and a CERTIFIED LIFE COACH FOR WIDOWS.

Kari’s clients are majority online, but she does see locals near her office in Overland Park, Kansas.

“Kari helped me let go of the resentment and really identify the loss I felt. She is amazing at cutting through the bullshit and getting your heart to focus on your healing.“

“Now I feel like I can start moving forward. Each day seems a little less heavy. If you are stuck in grief, I highly recommend Kari.“

YOU CAN HAVE BOTH…

Grief is painful as fuck. It’s conflicting emotions; it’s like a war in your heart. It’s consuming and overwhelming. It’s also normal and natural and your supposed to grieve, and it’s supposed to hurt.

BUT IT DOESN’T HAVE TO LAST FOREVER!

Mourning is when the outside world is able to see with their eyes that you are actively grieving without you saying a word.

Missing your person is just that; missing them. You might be sad sometimes. You might cry sometimes. Some moments might be more or harder than others, but it’s not the consistent and overwhelming pain of what it was like when you were actively grieving.

Missing your person is not forgetting, or not loving them, or not wishing they were here with you… but just missing them. Trust me, you’ll do that every day of your life. I speak from experience.

“I feel a huge sense of relief and calm like a weight has been lifted. I had no idea I could feel this much better 5-years after my mom died. I only wish it was sooner!”

“I no longer felt trapped in a wilderness of grief. I had my smile again. I saw my future.“

TYPES OF LOSSES KARI HAS WORKED WITH:

Death of a Spouse

the number one stressor in losses according to “the social readjustment rating scale” from the Journal of Psychosomatic Research.

the number two stressor in losses according to “the social readjustment rating scale” from the Journal of Psychosomatic Research.

adds an extra layer of complexity to grief 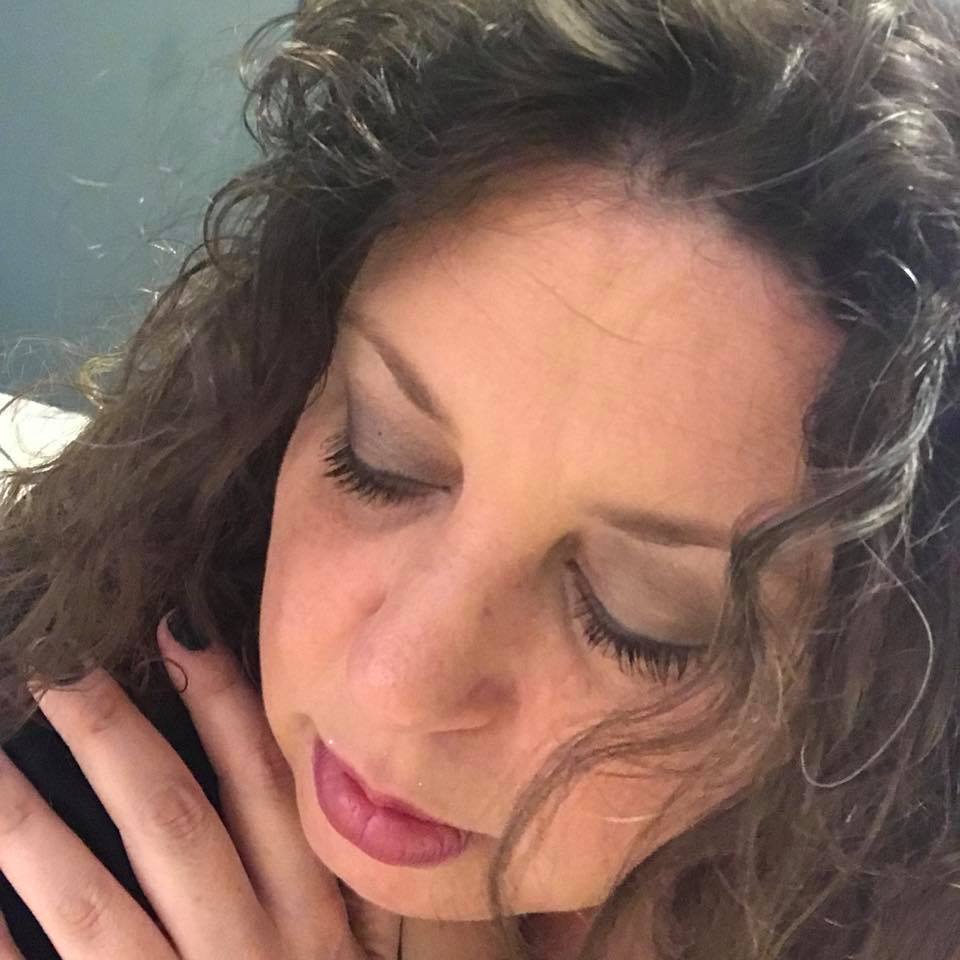 The Grief Recovery Method®  is the only evidence-based, action-oriented grief support group program helping grievers effectively deal with the pain of loss. The process helps grievers address their incomplete dreams and expectations for the future, as well as their unfinished business in that relationship.

GRIEF is NORMAL & NATURAL, no matter how messed up it seems.

When my husband, Eric, died suddenly in early 2017 I couldn’t see myself where I am today. I was in a place of deep, dark despair. People kept telling me that in time I’d feel better, but I quickly realized that time didn’t heal shit.

I was tired of feeling stuck; waiting for something to happen or someone to do something to help me feel better. And so I started searching for anything and everything that would help me release the anger, the sadness, and the overwhelming grief so that I could feel alive again.

And now, I’m here to help you.

“I’m smiling from the inside again, not just the outside.“

“My life has been given back to me - I don’t hold the hurt and the pain anymore. The process works, trust it.“

“I’ve been able to open my heart to the possibility of finding someone again and that is something I’ll be forever grateful for.“

“I feel like I have more control and power over my emotions, which is something I haven’t felt in many years.“